"Lin Hwai-min has succeeded brilliantly in fusing dance techniques and theatrical concepts from the East and the West."
－－The New York Times

What is Cloud Gate? Is it a public sculpture by British artist Anish Kapoor, a centerpiece of the AT&T Plaza in Millennium Park and a famous spot? No, Cloud Gate is a Dance theatre of Taiwan with highly praise around the world!

Lin Hwai-min found modern dance group based in Taiwan on 1937 and named it after the oldest known Chinese ritual dance. They got inspired from Asian myths, folklore, aesthetics, Taiwanese history, and social pheonoma to create rich repertoire. Dozens of dancers’ training include Tai Chi Tao Yin (an ancient form of Chi Kung), meditation, martial arts, Chinese Opera movement, modern dance, ballet and calligraphy. With special inspiring teaches, dancers know their bodies in fresh views, create their own dance of lives and move millions of millions of audience to tears.

WaterMoon surpasses fusion of Tai Chi and Bach’s cello suites and truly creates something unique from the two components. “Lin Hwai-min created the illusion part of the equation by playing off the reflections. There was an enormous swirl painted on the floor which was also reflected in the mirror. As the positioning of the dancers on the stage and the swirl on the floor were reflected by the mirror, there appeared to be a great circling of dancers spiraling upwards, like a Renaissance painting come to life. The result is a piece of extraordinary beauty” by Holly Messitt

Inspired by the aesthetics of Chinese calligraphy, Lin Hwai-min create series aesthetic repertoire named Cursive, Cursive II, Wild Cursive. Dance Europe praised as followings.
'No company in the world dances like Cloud Gate. It presents a distinct and mature Chinese choreographic language. The importance of this evolution in Asian dance is no less profound than the impact of Forsythe’s Ballett Frankfurt on European classical ballet.'
Dream of the red chamber based on notable novel in Chin dynasty talks about a big family from extremely affluent to poor and sorrow stories about love. Though dance you could feel power of wealth, happiness of love, and helplessness to destiny. And you suddenly understand the true face of life as character did.

Through extensive oversea tour, Cloud Gage enjoys high popularity and acclaim from Asia, Europe, Australia, North America and South America. Also they was invited to engage in New York’s Next Wave Festival, the Sydney 2000 Olympic Arts Festival, Lyon Biennale De La Danse, Melboume International Arts Festival, Berlin Festival, the festival celebrating the 25th Anniversary of Pina Bausch Tanztheatre Wuppertal, Sadler’s Wells Theatre and Barbican Centre in London, Deutsche Oper Berlin, the Kennedy Center and other numerous vital events. Not only in foreign countries but also in Taiwan, they become a leader and promoter of aesthetic industry with high respect. Cloud Gate touches people’s heart and provoked people attention by performing from in the great National Theatre in Taipei to in mid-sized cultural centers in many cities to in school auditoriums in remote villages to outdoor with simple equipment. It is Cloud Gate that is truly Taiwanese’ pride and lighthouse of art! 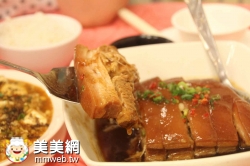 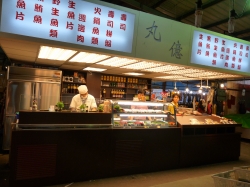 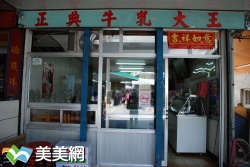 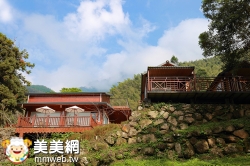