Hakka Affairs Department of New Taipei City Government will be holding a series of New Taipei City Hakka Yimin Cultural Festival 2012 round Banciao from 18 till 20 August. This year a cultural festival will be included in the Yimin Ritual, with themes such as compassion, care and environmental protection being combined, and multiple groups invited, so as to portray the “dignity” of Hakka’s Yimin spirit, the “perspective” of New Taipei City and the “spirit of affinity” among various ethnic groups.
“God Cruise for Giving Blessings” on August 18 will be conducted by the Hakka’s organization in Banciao, which will lead worshippers to Yimin Temple, North of Hsinchu, for welcoming the arrival of the God before making a tour round Sanxia, Yingge, Tuchen、Shulin and conducting the Base-setting Ceremony in the 2nd Sports Ground of Banciao District. To commemorate the spirit of Hakka’s Yimin (meaning righteous people) and cultivate the compassion by helping those in need, Hakka Affairs Department, New Taipei City Government has recruited the effort of all Hakka organizations and kind-hearted people and collected rice of 18 thousand kg, which will be donated to the less advantaged group and people at the Base-setting Ceremony. In the afternoon of the same day, Hakka’s traditional plays, songs and dance tunes will be performed, which is expected to rouse the distant memory and emotions for ancient temple fairs in old days. As the night falls, “Ah-san Ge, Big Auntie, and the Robot” created by Liu Hsing-chin, a Hakka comic artist and scientist, will show up along with a group of dancers, to welcome the guests.

On August 19, the main activity of “shouldering baskets of rice, touring the streets and sacrifice ritual” will start since 8:00 am, with nearly 4000 people shouldering 1800 baskets of rice before the plaza of the government, including all organizations, schools, clubs and aboriginal people and emigrated people, as well as traditional and innovative Din Taos (parade formations) to tour the streets around and express the spirit of internationalism, diversity and Hakka.
A magnificent Yimin Sacrifice Ritual is conducted at 11:00 am, where President Ma is invited to preside over the traditional “Three Offerings Ceremony”, praying that the God of Yimin may bless Taiwanese people and the country and grant them with peace, safety and bountiful harvests. In the afternoon, a good number of wonderful Hakka’s tunes will be performed on stage, with an array of Hakka’s golden teams and professional teams from differing ethnic groups to mark the climax for the evening party. 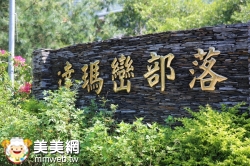 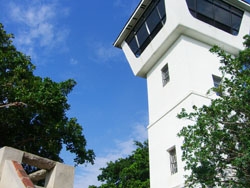